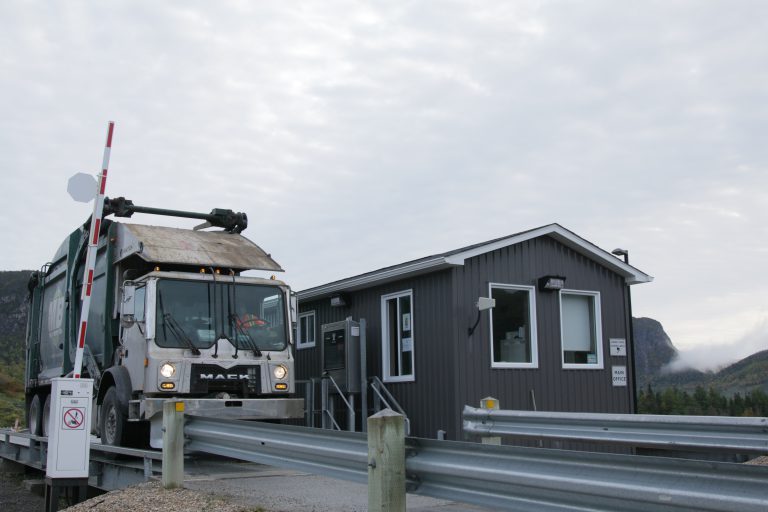 Should Scales and Software be Combined When Issuing a Request for Proposal (RFP)?

When a site is renovated, or set up for the first time, two important items are typically issued for Request for Proposal (RFP) or tender: (1) Truck scale equipment and (2) truck scale software. So, should these two items be paired together in a single RFP or should they be split into two separate requests?

In short, the scale equipment and scale software should be issued using two separate RFPs. Of course, this means doubling the workload of the procurement department or other personnel responsible for the evaluation so there must be good reason for doing this. Before diving into the justification for the extra work, we must first understand how truck scale hardware and software is typically sold.

How Truck SCale Hardware and Software is SOld

Producers of truck scale hardware only tend to focus on their core competencies without branching out into other sectors. Although the hardware and software are used in the same applications, the competencies required to produce each of them are entirely different and mastering both, if even possible, requires significant resources. These firms tend to sell through dealers only.

Likewise, producers of truck scale software only also tend to focus on their core competencies, mastering the nuances of the programming logic required to accomodate customers’ demands such as complicated pricing schedules and customer accounts. Software developers may sell directly to a customer or through a dealer. With regards to automated kiosks, some are produced by software producers and some are produced by hardware producers. Neither arrangement is necessarily better as this hardware is not closely related to the fundamentals of truck scale hardware.

Producers of truck scale hardware and software tend to be very large companies and tend to deal to customers directly. Usually, their products will be strongest in the area that the company originally produced. For example, a scale company will produce better scales than they will software, while a software company will produce better software than hardware. These firms tend to sell directly to customers using their own sales representatives.

Finally, there are truck scale dealers. These firms may produce some of the customer hardware such as the weighbridge but most components will be sourced from the hardware producing firms. Quite often, dealers will bid on a RFP/tender using a combination of one of their wholesalers and an exclusive software partner to provide a turnkey package

The relationship between these organizations is visualized below. Of course, this is only a depiction of market tendencies; there are exceptions to every rule. 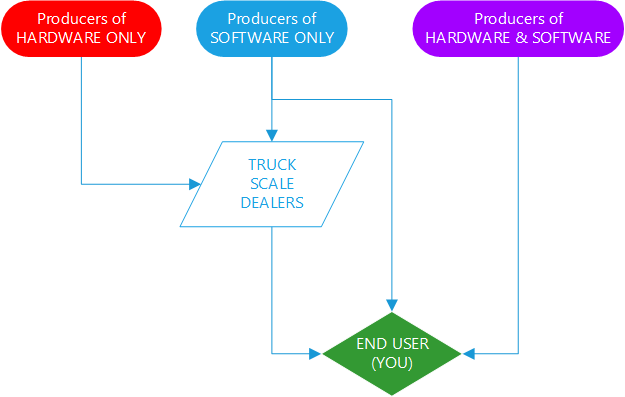 DON’T LET THE HARDWARE-SOFTWARE COMBINATION BE DETERMINED FOR YOU.

As mentioned above, turnkey packages that come as a result of combined RFPs or tenders will come from dealers or producers of hardware and software. In either case, each proponent will only be able to offer the combination of hardware and software that is available to them and not necessarily the best combination for you and your organization. After all, good hardware isn’t indicative of good software and visa versa. The skill sets required to produce each are very different.

While issuing a single RFP or tender for the truck scale hardware and software may be convenient, it will likely lead to some degree of compromise that won’t just affect those using the scale, but the entire organization including finance, operation and other management personnel. It makes the most sense to choose the absolute best hardware provider and absolute best software platform that benefits the entire organization. For example, while a vendor may produce great, long-lasting hardware, their software may not alleviate the burden of administrative tasks like invoicing or dispute resolution. Furthermore, the truck scale will likely last far longer than the software, or at the least the duration of the software service agreement which is typically 5 years.

In short, splitting up your RFPs or tenders into hardware and software requests will help prepare your organization for long term success.